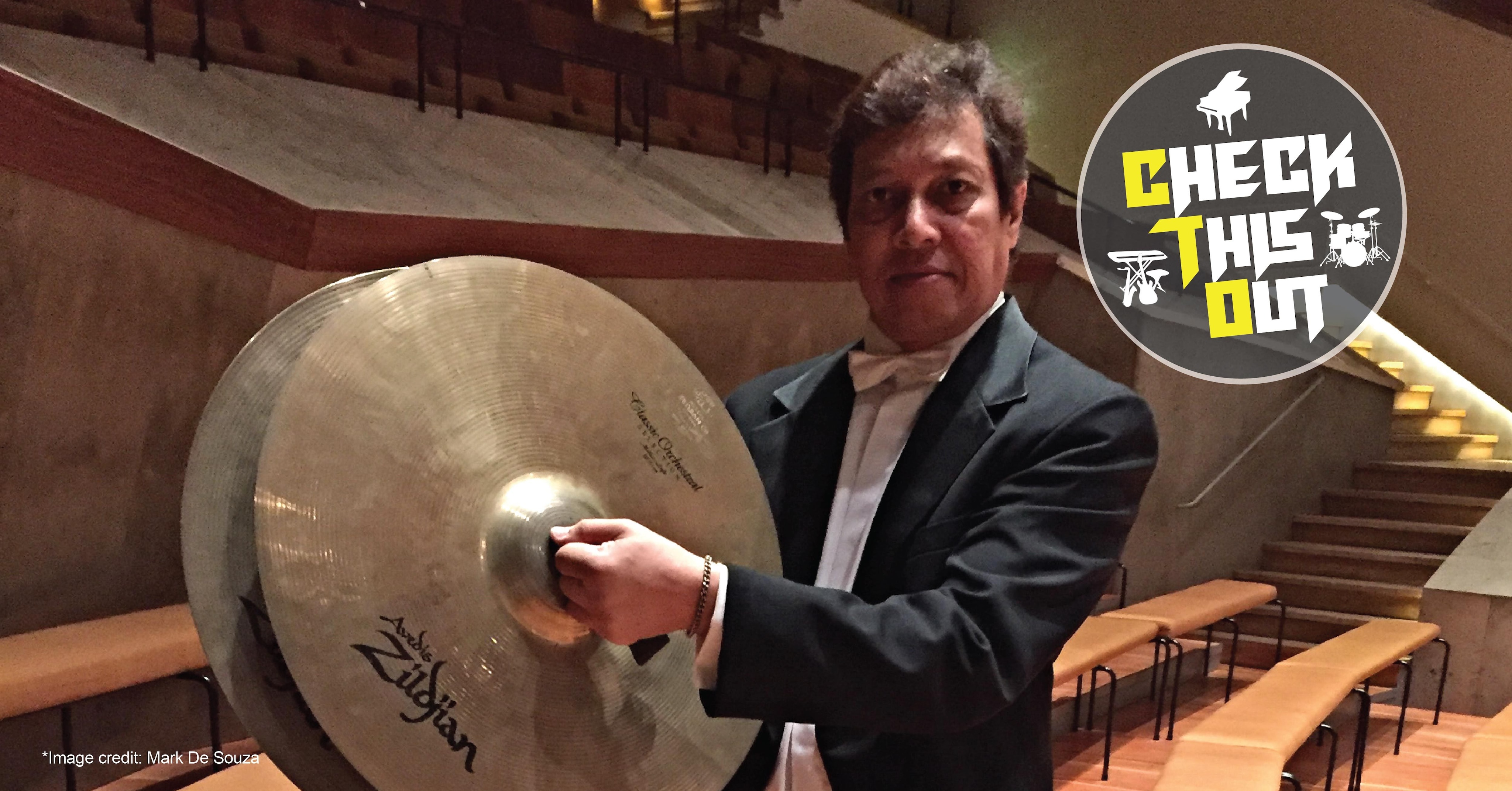 Mark De Souza has been a Zildjian Endorsee since the 1990s. As a locally renowned percussionist, Mark has performed with many international artists as well as sharing his experience/advices with the upcoming musicians through the years.

When did you start learning a music instrument?

I have been playing music since I was 12 years old when I taught myself to play the guitar. There was only one guitar and 4 older brothers in my home and they refused to teach me because I was left-handed.

My formal musical years started when I joined the SJI school band as a side drummer. This musical journey continued when I was enlisted for National Service and I served in the Republic of Singapore Navy Band for two and a half years.

Opportunity came when the Singapore Symphony Orchestra (SSO) needed an extra percussionist and I was selected.

Who or what inspired you to be a percussionist and pursue a career in music?

It was after this SSO gig that I was offered a Public Service Commission (PSC) scholarship to study Music in Michigan, USA for 4 years. Therefore, the SSO conductor & management inspired me as they saw my talent & potential.

I was new to classical music and had to learn the repertoire but my first formal teacher said my musicality came from my guitar background which was my foundation. My teacher from Poland was my main influence at that time.

What is your practice routine?

As a student my practice routine was two hours during the day and 4 hours in the evening after classes. As a full time, percussionist in SSO, my practice was generally 2 hours a day after our 4-hour rehearsals. Of course, when the percussion parts were more challenging then more effort was put in.

As a music educator, how has the evolution of percussion been over the years?

I dare say the SSO Percussion section which formed a percussion ensemble in the 80’s was the very first and only professional percussion group in Singapore.

We performed in numerous schools under the NAC outreach concert programs, Shell Arts Program as well as in the Singapore Festival of Arts.

Nowadays there are lots of percussion bands which perform mainly the Samba or street carnival music due to popular appeal. However, the music scene has livened up as the kids are more exposed to live performances and YouTube videos compared to previous years. The numerous music schools and kids learning drums speaks volumes.

Having performed at the prestigious Royal Albert Hall during the BBC Proms, how do you feel about the experience as a whole?

The BBC Proms performance with the SSO was exhilarating and a dream come true for me. The venue was great, the audience and atmosphere were great and I was deeply honoured and privileged to perform in a world class concert hall. Being a regular percussion player over the years, is/are there any experience/s that you would like to share with us?

I have 3 unforgettable experiences which are the highlight of my musical career. The first was when I was one of the three soloists positioned at the front of the stage(downstage)performing a modern French composition. I was in the moment as it was heavenly when the stage spotlight was shining down on me and the music just captured me. It was incredibly fulfilling.

The other was in the Hello Broadway musical with the cast and singers from New York performing music from 5 different Broadway musicals. I remember at the first rehearsal my set up consisted of 12 percussion instruments spread over 12 feet and I was solely covering a 3-man job due to a budget. The highlight was when I was invited to go downstage (closest to the audience) and I started the drumbeat to the Lion King circle of Life on a conga. Another spotlight moment.

Last but not least experience was playing the Xylophone in an encore music piece called Sabre Dance by Russian Composer Khachaturian. The conductor led the Orchestra in an unusual and extremely fast tempo and it was near impossible but I managed to play in unison with the Violins. The excitement and adrenaline overtook any nerves I had and the feeling was great. It was special and magical because on hindsight I didn’t know how I could play at such a breakneck precise tempo but I did it. The ST newspaper concert reviewer and other concert goers gave me kudos. 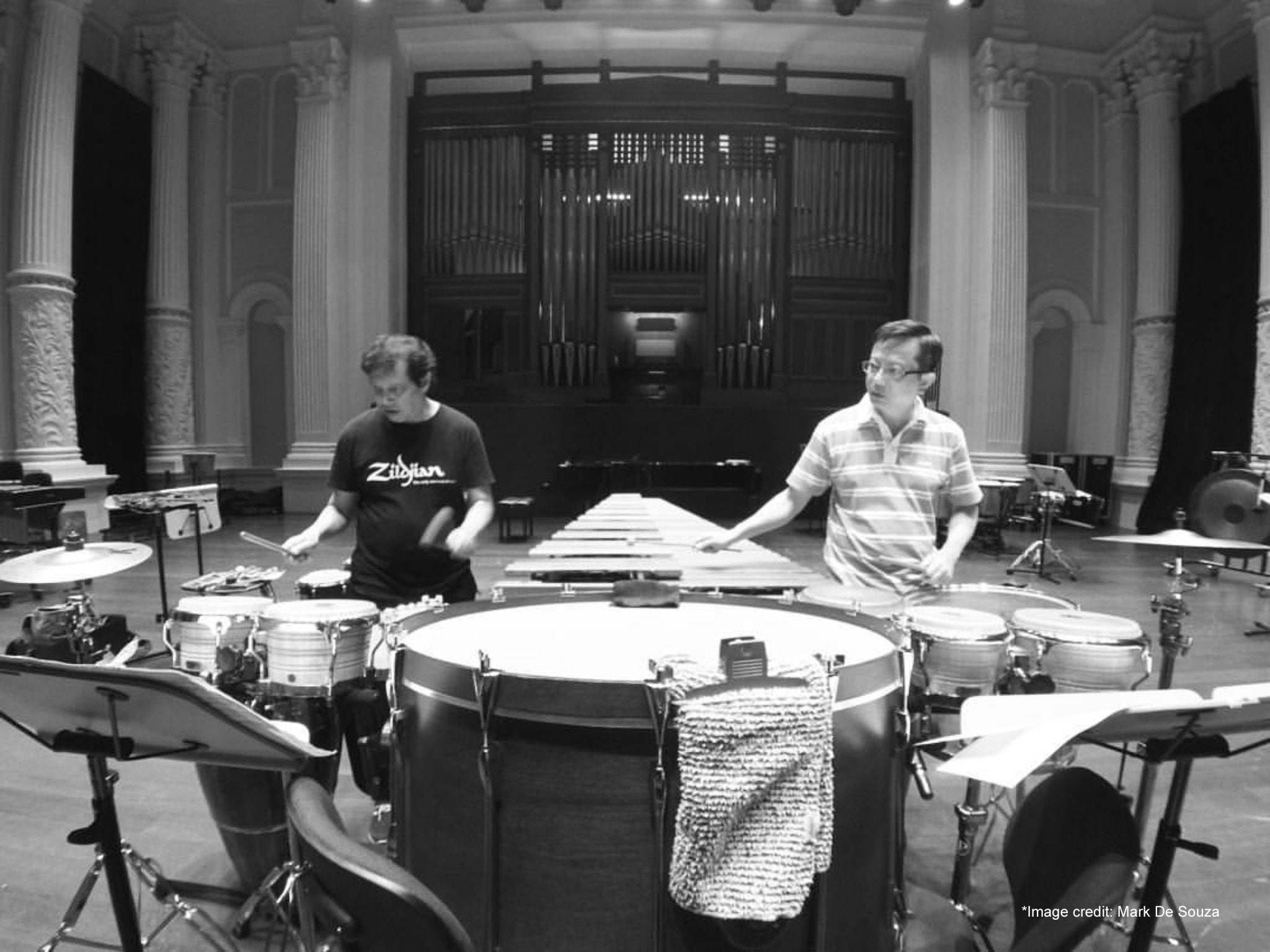 What are some of the challenges that you have faced as a musician or educator over the years? How do you overcome it?

The greatest challenge of being an Orchestral musician is balancing the act of meeting the demands of the conductor and doing justice to the Music Composer by interpreting the notes on a music sheet.

I overcome this by using my training and skills to prepare in the practice room so that the tutti rehearsals are spent actively listening and learning all the other instrumental parts in order to blend in with the orchestra I prepare myself so that I know what I’m going to do before I do it.

As an educator, I’m faced with many young students wanting to take short cuts in learning amidst their busy schedule filled with so many other activities that they are not committed to consistent practice.

Being a Zildjian Endorsee, what are some of your favourite cymbals? And why would you prefer Zildjian?

I don’t have one favourite cymbal but a few due to the genre of music that I play spread over the centuries My first pair of crash cymbals was the 18” Classic Orchestral pair & the 15” classic suspended which are brilliant and versatile.

The 20” K Constantinople pair and 18” K suspended are special because they’re darker and blend within the orchestra. Classical and contemporary music demands colourful sounds and Zildjian cymbals are able to provide an array of overtones and sound palette.

In your opinion, what do you think are the main attributes of a great percussionist? How would you define success as a musician in Singapore?

A good percussionist must have concepts of time and touch, always actively listening and being involved in the music and with the other musicians in the group or ensemble.

A successful musician is one who is dedicated to his/her art, continuously creating opportunities despite the challenges he/she faces. He/she has confidence and realises all musical experiences are good no matter how small the gig is. Success is when a musician makes a musical connection with the audience and receives compliments from the listener. It is also when a listener admires him/her for his/her talent and aspires to be like him/her. The most fulfilling success comes from teaching and inspiring young minds and nurturing talent for the next Gen.

What are your upcoming plans? What/where would you see yourself 5 years from now?

I’m still in the creative process and working on some musical arrangements for my percussion ensemble and hoping to be invited to perform again after two cancellations due to Covid-19. 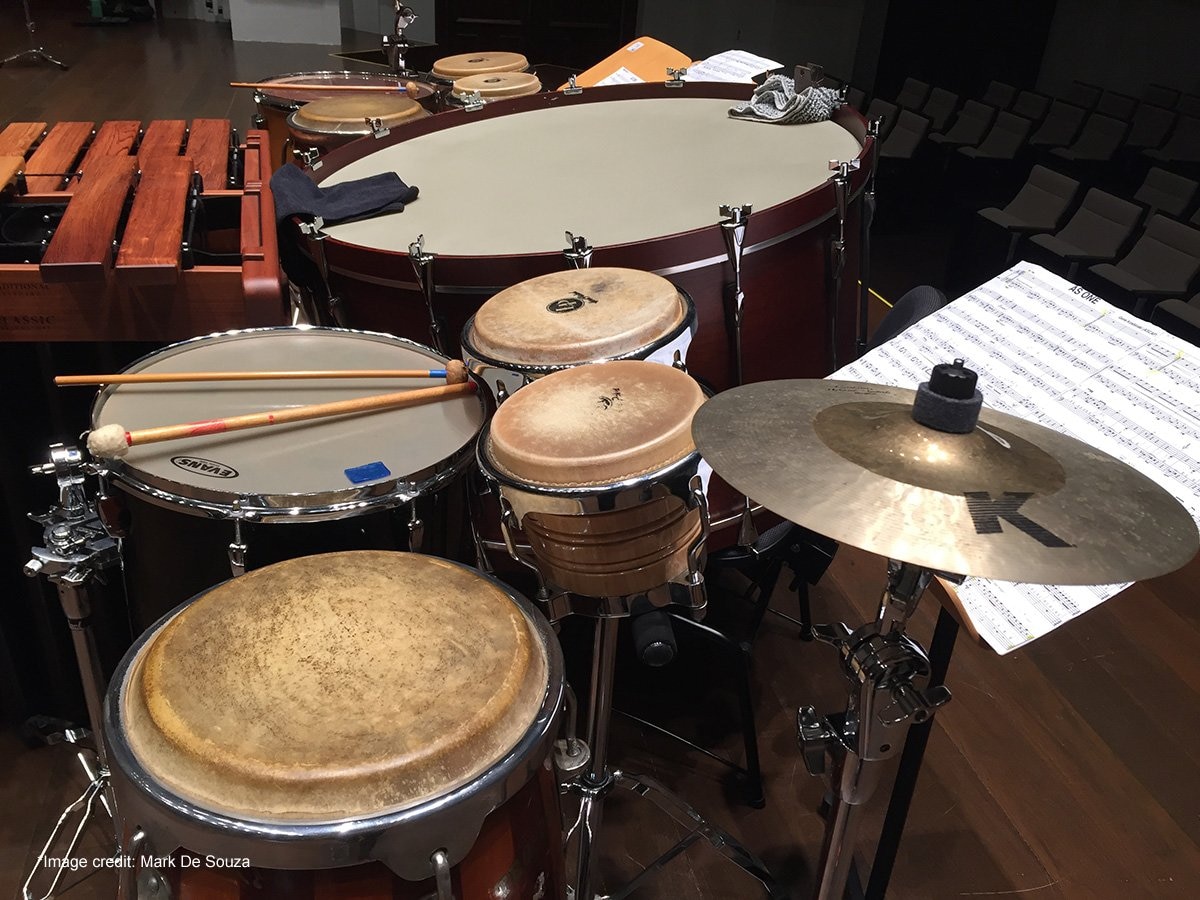 What advices would you give to an aspiring musician in Singapore?

Be dedicated to consistent practice, take advantage of opportunity and above all never give up.

Listen to all genres of music whether it is in a live performance or in a recording and get involved with your musical taste and listening ability.

Where would we be able to get your latest updates?