Find out what cajon is – with endorsee Serena Chen 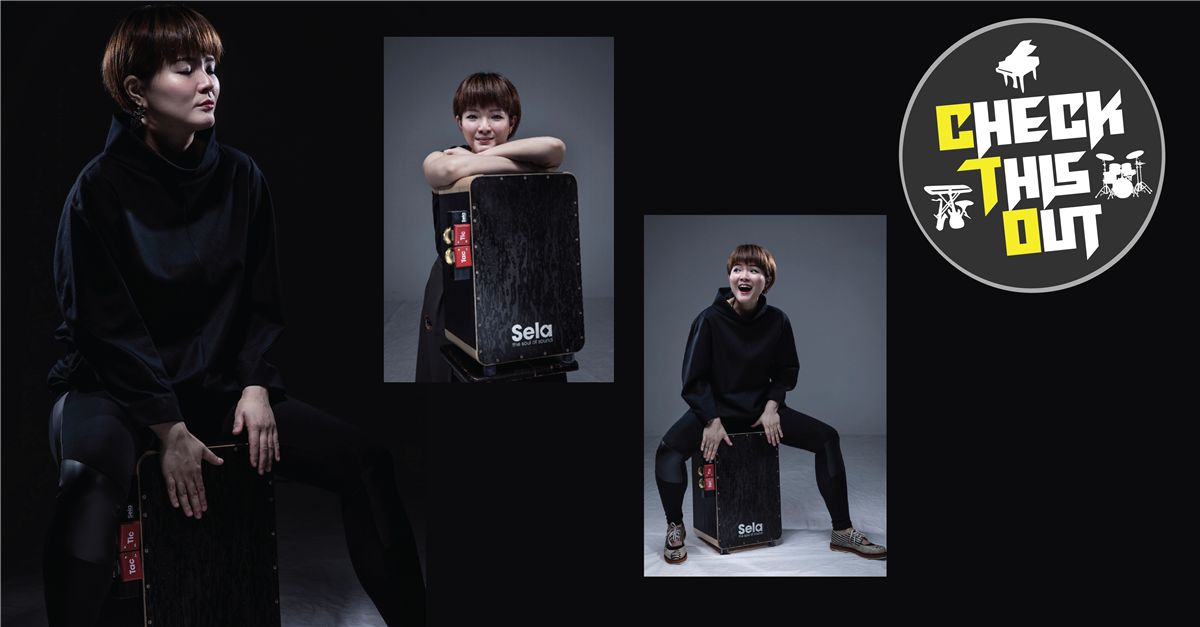 Serena Chen is endorsed by Sela, a company of drum makers who truly believes in their statement: “the soul of sound”.

When did you start picking up learning a music instrument?

I actually started with the Yamaha Electone course when I was 6! I used to attend weekly classes at the Plaza Singapura branch. Subsequently, I picked up drumming in Secondary School being in the school's military band.

Who or what inspired you to take up percussion and pursue a career in music?

I saw my school's military band during ECA open house and thought the drummers were the coolest! After trying all the instruments, I loved the vibes from the percussion section most; there were too many things you can make too many different sounds with and it really attracted me. Of course, there was the element of hitting things that obviously appealed to any 13-year-old!

From there, I met Tama Goh, who is an esteemed and well-respected veteran in the music industry. He was our instructor and we all thought he had the best job in the world – playing music, travelling and basically being on stage all the time. It was a career option I found myself absolutely intrigued by. I love that adrenaline rush of being on stage but back then never thought it could go any further than school performances. It was not until my early 20s when I joined a percussion club setup by Tama and met a lot of talented, like-minded individuals, that I considered pursuing it as a career as we all egged one another on to do it. 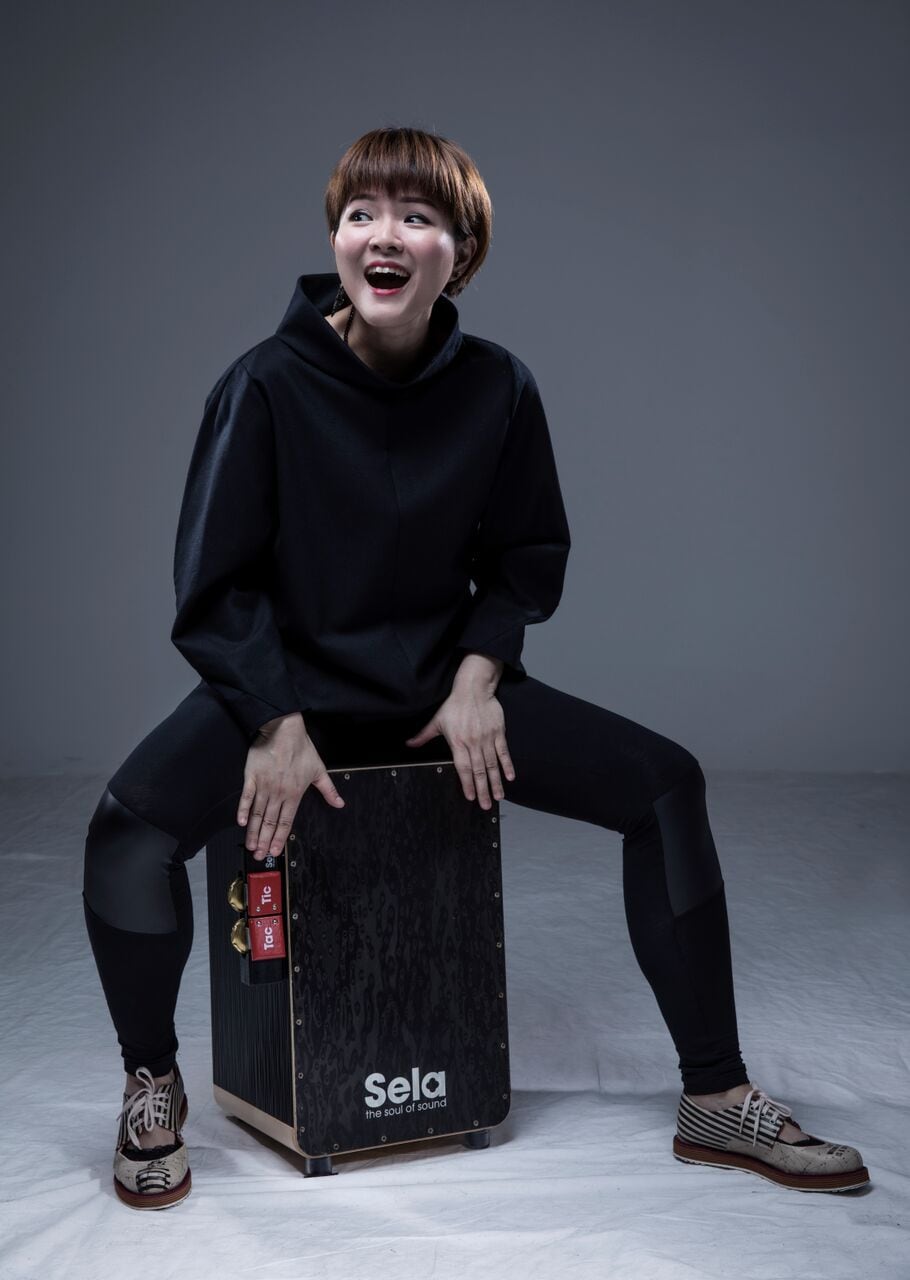 What have been the greatest challenges/frustrations of your career so far?

I think my greatest challenge would be the one that plagues all freelancers which is learning how to manage finances without a fixed amount of income every month. Haha... I had quite the lesson in my first few years of being a musician! With regards to frustrations, I believe all creatives go through periods of self-doubts and low self-esteem as we develop ideas and literally try to *create* things every day; but I think this frustration is necessary because there is always growth after you grit your teeth and make it through that period.

Sheila E is definitely a huge influence! I actually met her when she came to SG for a workshop years ago and it was such an inspiration. I love Luis Conte as well, it would be a dream come true if I can ever meet him. Jojo Mayer is another huge influence, I love drum and bass; so, seeing how he pushes the boundaries of playing drums live vs electronics and how he fuses them together always inspires me to do the same. With social media now, there are just too many great players out there to follow and be inspired by. My latest big musical inspiration is a 3-year-old drummer called @babyboydrummer. ASTOUNDING What is your practice routine when it comes to hand drums e.g. Cajon?

I try to keep it at 3 hours of playing time per day for the Cajon, because there's a lot to keep in mind playing this instrument i.e. posture. A lot of what we do involves moving a selected set of muscle group and I believe we shouldn't over work them or worse, strain them and injure other parts of the body as a result.

I have a log book for my practice sessions so I can always start each session with a goal and work that session toward achieving that goal. After a few sessions, I can see if an idea is working or not. Also, I try to warm up before each gig so my hands are ready to play when I'm there, that is usually a 30-40min routine for me. 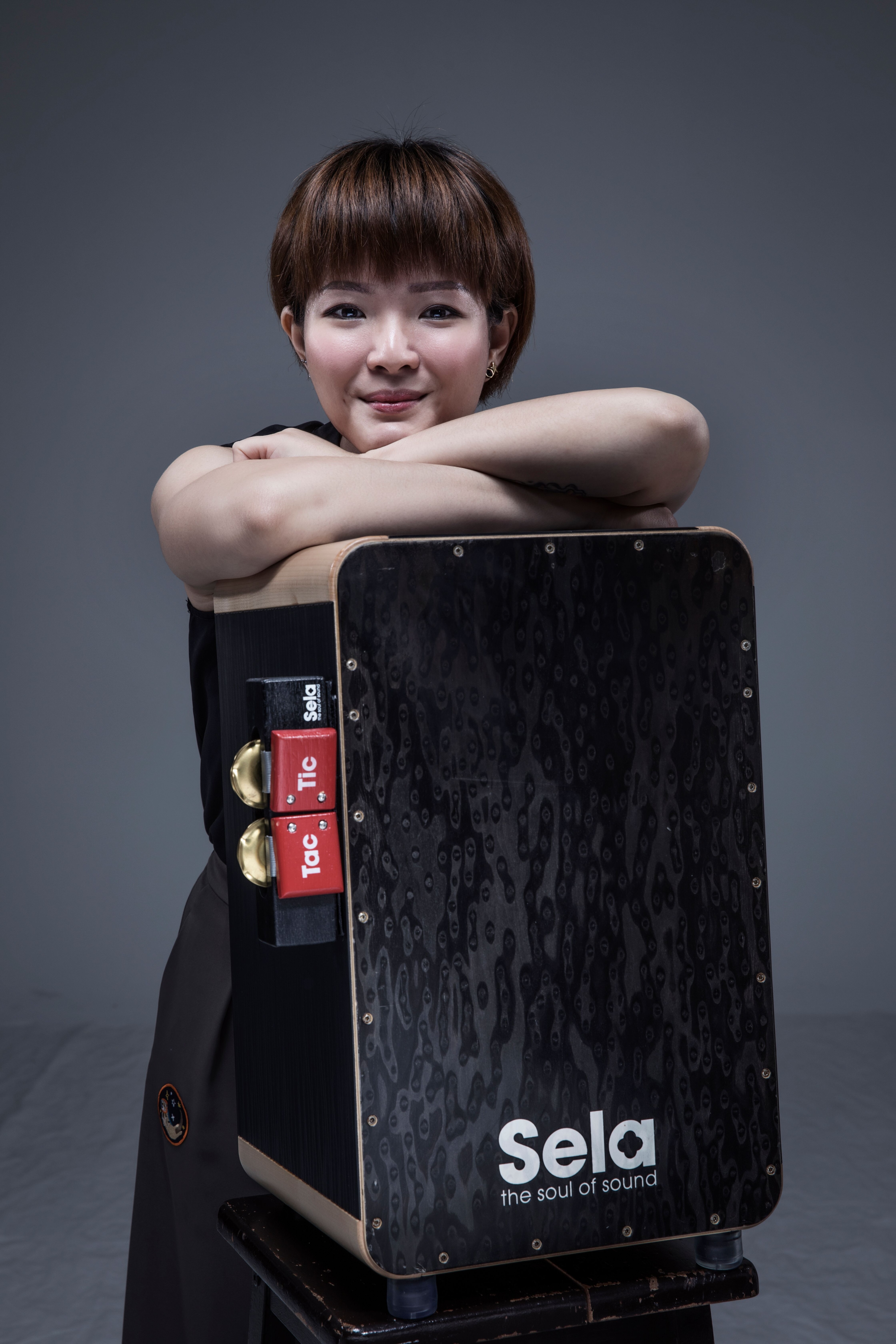 Tell us about your experiences representing Singapore for performances in Mexico City and Seoul during Youth Olympic Games 2010. How has it helped you for your music career?

There is always an immense pressure when playing overseas because you're carrying the weight of your country's name in each performance. The stage in Mexico City was massive and it was certainly nerve-wrecking to be on such a big stage, but the audience was so warm and responsive! Once you make the connection, the immensity of the place, who you are and who the audience is disappear. Then it's really about that one moment of human connection, which is magic. Any and every stage experience definitely pays it forward to the next one because you gain that little bit more confidence with each performance and it's a huge part of which helps develop stage presence.

In the City Buskers (video series on Toggle, you played a surprise Cajon drum solo in the middle of Ben Thanh Market (Ho Chi Minh)! That was a sure a lot of courage! What was going through your mind at that point in time for the improvisation? What have you learnt from it?

Wow, that's a good question. With the whole Mexico and South Korea shows, I had the company of a whole ensemble of musicians, singers and dancers. This solo at the market was really all me! There were so much mixed emotions! I was excited to want to pull it off but extremely freaked out as well because hey, these people weren't even there to watch a performance in the first place?! So, I just closed my eyes and didn't even think of what to play; the only thing on my mind was to play a rhythm that was groovy enough to make them dance and then maybe we can do other things after that connection is made. Thank goodness for the hospitality and warmth of the Vietnamese people, I will never forget how receptive they were! Once again it drove home the point to just play from my heart and give my all in every performance because people can always feel the vulnerability and authenticity. I believe that is what makes that human connection.

How would you define success as a musician in Singapore?

Such a tough one! I think the definition of success has a lot to do with contentment and what truly matters to you in life. Being a musician in SG would be as tough as being a musician in any other place, each location has its own can of worms to unleash. To me, I suppose success would mean being able to feed yourself while being able to continue growing your craft at the same time.

What/where would you see yourself 5 years from now?

I hope to grow my craft to another level of course, but wherever Life takes me, I'll be there. Too many things can happen in 5 years, I'd hate to limit myself by thinking of only one dimension. As long as I'm still growing musically, I'm happy to be surprised.

What advice would you give to an aspiring musician in Singapore?

Practice, practice and practice! Work on things you don't like too because you never know what is behind that door which will suddenly appear in your path. Practice doesn't make perfect but it certainly makes opportunities possible because without putting in the work, you won't be prepared to take that gig which suddenly pops up. Have good friends around you who will give you solid honest critiques, put your ego aside and listen. Do you want to take gigs which brings you the dough but does nothing for your soul? Do you want to take gigs which you love playing but doesn't pay? I know musicians from both extremes and everywhere in between. Ultimately, I think it's a balance and you will know what's best for you. Be persistent in chasing that dream and put in the work to practice, but also remember to be practical about your needs.

Where would we be able to catch your live performances?

I'm at Switch by Timbre every Monday from 745pm to 11pm. For other pop-up gigs, i post updates on my IG @serenachenyi, follow if you guys want to be kept in the loop!