- All the three products have been selected as a "Winner" -

Yamaha Corporation's Electric Violin "YEV," Electric Guitar "REVSTAR," and Mobile Mini Keyboards "reface" have been awarded the German Design Award 2018 and all the three products have been chosen as a "Winner" for their excellence.

The Electric Violin YEV Series combines superb playability on concert stages with a design that is beautiful from every angle point. Based on Yamaha's superlative woodworking technology, the design successfully draws on the beautiful appearance of the wooden surfaces to realize a 3D arched body and a unique frame like a mobius loop. The lightweight design, natural touch, and graceful curves allow players who are accustomed to playing acoustic violins to switch effortlessly to the YEV. This is clearly a next-generation violin that makes free expression in any musical genre possible at any time. 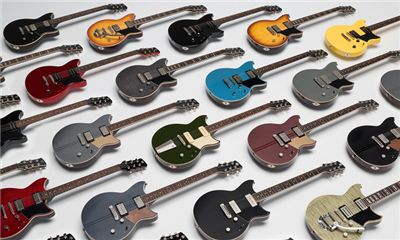 REVSTAR is a new series of Yamaha electric guitars that draws inspiration from custom-made motorcycles, Japanese craftsmanship, and cultural heritage. The guitars, equipped with a range of custom-wound pickups and a unique Dry Switch, produce a powerful yet refined sound responding to the musical expression of individual players. Ground-up body design together with a new neck joint offers refreshingly good playability and a high level of durability. 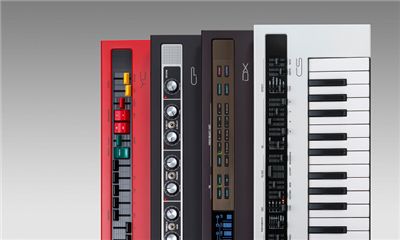 The "reface" keyboards aim for top-level performance capabilities in a compact housing. These products were developed by "reimagining" Yamaha's synthesizer and keyboard technologies, which have won acclaim in the market thus far, into a new, modern package. Yamaha offers a lineup of four instruments in this series: the "reface CS," "reface DX," "reface CP," and "reface YC." Being compatible with dry-cell batteries and with built-in speakers, "reface" keyboards meet the needs of the "on-the-go lifestyles" of today's generation of mobile musicians.

The German Design Award program was organized by the German Design Council in 2012, and has been held every year since then. This award program has gained an excellent public image for identifying and honoring unique designs from a communication and product design perspective. The awards consist of first-place "Gold" prizes, "Winner" awards that go to top-class products, and "Special Mention" prizes.